History of the
Research Chair

The Gibela Research Chair was established in 2016. Prof Khumbulani Mpofu in 2015 attended the Gibela Supplier Meeting where he met Mr Marc Granger who was the CEO at the time. At the end of the CEO’s talk, Prof Mpofu engaged with Mr Granger about the Manufacturing research work his Research Unit was conducting at the University. Prof Mpofu was introduced to Gibela’s Economic Development Director, Dr Buyiswa Mncono-Liwani, and a meeting was set up in 2015. Prof Mpofu prepared a value proposition and lead a delegation with Prof John Alfred Trimble and Prof Harold Campbell.

The Future of Rail Manufacturing

Gibela was formed as a consortium to replace South Africa’s outdated rolling stock and will deliver 600 state-of-the art passenger trains into the South African rail network over the next 10 years. Fully empowered, Gibela is conscious of its role as a catalyst for economic development and the creation of new skills through its majority shareholder, Alstom. In a contract signed in 2013, the Passenger Rail Agency of South Africa (PRASA) assigned Gibela the task of replacing its rolling stock with new trains.

Gibela is headquartered in Johannesburg, while its manufacturing and training facility is located in Dunnottar, Ekurhuleni, Gauteng. Through the rolling stock project, Gibela will generate 1 500 direct jobs and thousands of indirect jobs through the supply chain over a 10-year period. Thousands of people – engineers, artisans, technicians, train drivers and technologists – will benefit from training and upskilling. 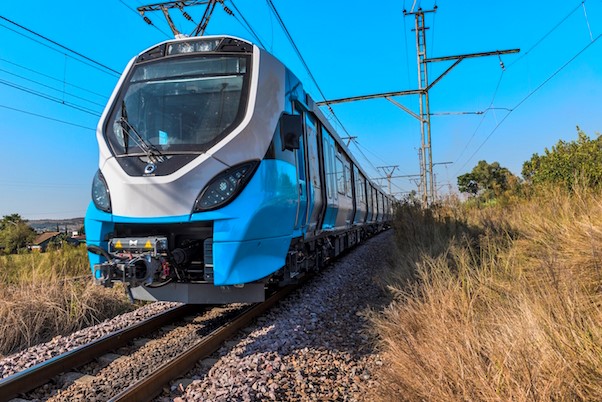 About the Gibela Research Chair in Manufacturing and Skills Development

The Research Chair focuses on manufacturing in rail specific learning programmes, research and development on rail as illustrated in Figure 1: 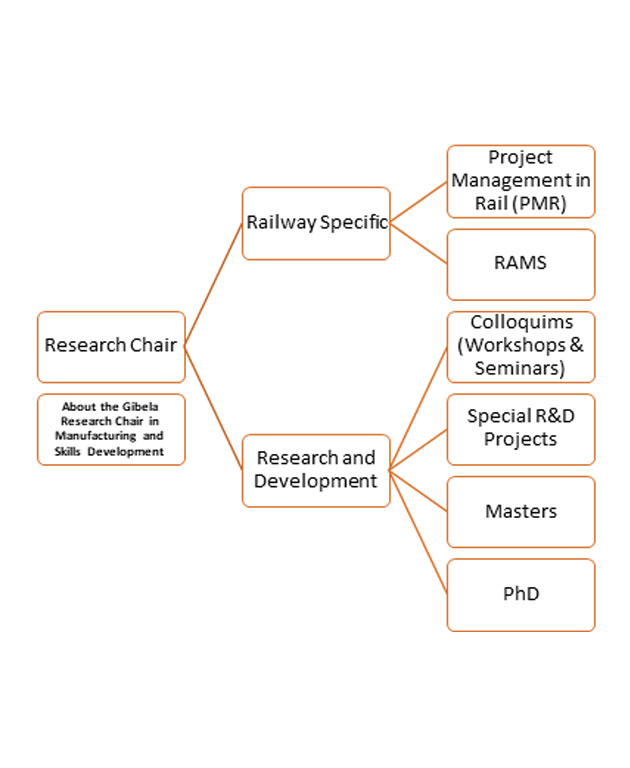